BROCKHAMPTON is many things, but most importantly, they’re a BOYBAND. When asked why is it so important to call them a boy band, they say it’s because they’re boys and they are in a band. It’s that simple. But they’re also not your traditional boy band, nuh-uh.

“I guess traditionally it should be a hip-hop collective. But traditions don’t matter,” Abstract says. “It’s annoying. If someone says they’re something, refer to them as that. It’s that simple.”

With their music and art being DIY, they’re far from being traditional; ceaselessly experimenting with sounds, beats and software, creating an aesthetic that has never been done before. On their song BOYS, they call themselves Southside One Direction (and rightly so).

“We’re just a boy band,” said Ameer, “People tack other shit onto it like ‘self-proclaimed’ and ‘internet’ and that’s bullshit. You’re robbing me. Let me be Zayn, what the fuck. Why can’t I be Justin? Cause I got nappy hair and a big nose?” 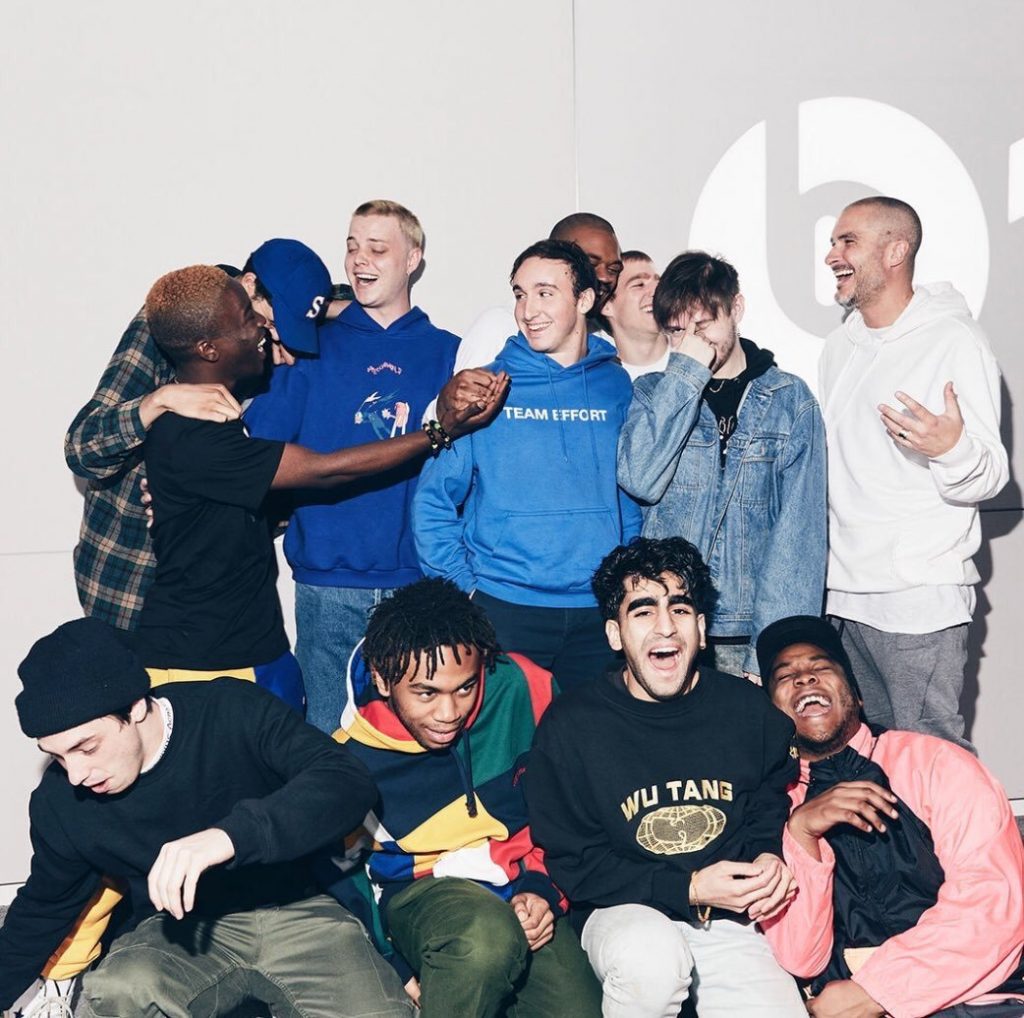 The story of Kevin Abstract (born Ian Simpson) who leads BROCKHAMPTON begins with his pretty troubled childhood as he constantly tried to ‘fit in’. Trying to make friends and the growing anxiety about his sexuality further lead to isolation. So he took refuge in things he liked – Will Smith movies, immersing into music rich with vulnerable characters and making online friends to name a few. In 2011, he posted “Anybody wanna make a band?” and in 2014, ALIVESINCEFOREVER (consisting of the high school buddies) disbanded and later rebranded as BROCKHAMPTON. Inspired by the movie scene on The Social Network where they all move to Palo Alto together, the members too decided to move in together.

Having over millions of listeners on Spotify every month, BROCKHAMPTON was formed with several new members, some of which were recruited through the Kanye West fan forum KanyeToThe. The 14-member boy band assembled by Kevin Abstract is comprised of rappers, singers, producers, songwriters, and visual artists.

They put out their debut album Saturation last year in June, Saturation II in August, and the trilogy-ending Saturation III in December. Yes, all three in one year!  While their music is great, they make a point of telling their stories and making an impact. Some members of BROCKHAMPTON are multiracial or queer, and all of them are committed to outspeaking about the difficult topics of homophobia, racism, mental health or rape culture.

Why should you be listening to them? Well, first of all, the raps are great, the music melodious and at times, soft and vulnerable but all the time raw and authentic. Their music just can’t be defined; it’s that broad. If I were to recommend more, I’d (highly) ask you to listen to Abstract’s American Boyfriend: A Suburban Love Story.

“Me telling that story [of coming out, on the song Miserable America] helps another kid. ’Cause no one has ever said that in a song, and I resonated with that,” he says. “That’s why it’s important for me to open up for bigger pop stars. ’Cause [kids] won’t hear my music otherwise. And for me to be onstage in front of that many kids and for them to be like, damn, I identify with this person – now they have a new hero that looks like them.”

So, all things considered, you should be listening to BROCKHAMPTON. And I’m pretty sure these boys are gonna make it.

One Reply to “BROCKHAMPTON: Who they are and why should you be listening to them”