As an Indian living in California, USA, for about 3 years now, I would like to share some of my experiences and interactions with the natives. Just to give the readers a brief idea about what Americans actually think about the Indian community and culture in general. Over the span of 3 years in the States, I have interacted with a diversity of people. During these interactions, I realized that majority of people had misconceptions and wrong notions about the Indian community.

Although, I am sure that most of these stereotypes stem from the incorrect representation of the Indian community in TV Shows and movies. Here are some that I faced. So, here goes.

1) First impression
Most people when they see an Indian person walk by will assume you either work in 7-eleven, tech support or are a cab driver. And if you are dressed formally they will assume you are an IT professional or a doctor. OK, I agree people do work part-time or full-time here but instantaneous assuming of our community’s professional lives is completely wrong. It is not an uncommon knowledge that most Indians are working in other reputed fields; Silicon Valley companies, management firms, banking, medical hospitals, are to name a few. You will specially observe this stereotyping when it comes to a small talk or when a person introduces you to a non-Indian. Whenever you’ll take a cab ride, the first question you’ll get is “where are you from?” Yes, that’s obvious because you look different! And then if you answer “I am from India.” then the cab driver will start yapping about whatever little information he/she has about Indians. And you guessed it! Most of the times this “yapping” is just this person throwing stereotypes around.

2) FOOD is spicy and all about curry!
OK try asking people what do you think about Indian food and the most common answer you’ll get is “I like Indian food”, “ I like Indian curries “, “Food is very delicious but it’s very spicy”. Most people eat Indian curries in Indian restaurants hence they wouldn’t think twice before assuming that Indian food is all about curries and spices. I would so like to tell these people that Indian food is not all about curries and that we have a vast variety of cuisine. And if you’re one of these people and happen to be reading this blog, next time you visit an Indian restaurant ask for something other than curry and I bet you’ll like that too!

3) Indian accent and Indian stereotypes in movies and TV
Like aforementioned, Indians are wrongly portrayed in movies and TV. Because no, not all Indians speak with an accent like Raj from TBBT or the one Russell Peters is so fond of doing! And don’t even get me started on those Indian cab-drivers in Hollywood flicks who are happily playing Bollywood songs while their cab looks like a newly-wedded Indian dulhan! An Indian person may or may not have an accent but that is because each person from India has come from different language-background. Hence, assuming that Indians have a certain accent and cracking jokes about it while swatting away the whole matter like nothing is wrong, is completely infuriating, if not, ignorant.

4) How are you so good at English?
Yes, this is most common and annoying question you will be asked, be it at work-place or college. It is a presumed notion that Indians are not so good at English. So when you do speak it fluently, they get really baffled. I guess those memes (which are basically the screenshots of creepy desi guys texting creepy stuff to girls on the internet) are probably adding to this stereotype. So yep, the real scenario is quite the opposite, you will find many Indians fluent in English.

5) Do you speak Indian?
People in the States like to ask this question like you wouldn’t believe! Ok yep, German people speak German, French people speak French but it does not go same with Indians. We don’t have a language named “Indian”. India has 122 major languages and 1599 other languages. On an average, an Indian can speak minimum 2 local languages. I would recommend you to rephrase your question to “which languages do you speak?” It isn’t that difficult, right? Because doesn’t this sound like a general question you would ask a common white person?

Most of the times this racism is really difficult to comprehend because you never know if the person is being sarcastic or is, in fact, racist. Well, I just hope more people educate themselves about Indian culture. Because let’s be real, it’s not really that difficult of a thing to do. 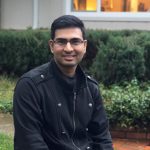 The aim of this section is predominantly to provide a platform for The Guest Post submissions for The Yellow Wall. And also to introduce new contributors and establish their credibility. View all posts by Guest Submission

One Reply to “My experience as an Indian in the States”