Why am I talking about women activists for LGBT? Because, people tend to forget that it were the black trans women who gave gays the rights. And also because, believe it or not, women rights have always been and will always be intertwined with those of the LGBT community. And yeah, also because it is the Pride Month and we should be grateful for these absolutely great women activists who have done so much for the gay community. Let’s get on with it now. 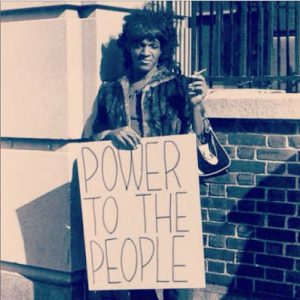 What’s the point of complaining? It don’t get you nowhere.

Known for founding the Gay Liberation Front and for her AIDS activism, Marsha was an African-American gay liberation activist. She had always been an advocate for gay rights and was at the forefront of the Stonewall riots in 1969 – one of the most important events leading to the gay liberation movement and the modern fight for LGBT rights in the United States. Being a homeless, transgender African-American, we could all guess that the one thing Marsha did not have was privilege. Nevertheless, she led the Stonewall uprising, fought for equality and has since become a household name to be credited to fighting for civil rights. David Carter, activist and author of Stonewall: The Riots that Sparked the Gay Revolution said with reference to the Stonewall riots, “Marsha said ‘I got my civil rights,” then threw a shot glass into a mirror, and that started the whole thing.”

I have a duty, to speak the truth as I see it and to share not just my triumphs, not just the things that felt good, but the pain, the intense, often unmitigating pain.

Lorde seldom described herself as black, lesbian, mother, warrior, poet. All her life, she ceaselessly addressed topics of the injustices of racism, sexism, classism and homophobia. Not only was she outspoken about such issues in her poetry but was also at the centre of countless liberation movements, which included civil rights, feminism and LGBTQ movements. Sister Outsider: Essays and Speeches is a collection of Lorde’s nonfiction prose and has become a canonical text in Black studies, women’s studies, and queer theory.

Vicks identified this great, iconic transgender Indian woman by documenting her life journey. Gauri was assigned male at birth in a regressive Indian family but she never felt comfortable in her own skin. Growing up, she was alienated often for being effeminate. But that never deterred her from wearing her true identity. She finally rejected her biological sex and transformed into a eunuch. She now actively works for the LGBTQ community while also advocating the practice of safe sex, encouraging sex workers to get tested.

She now lives with her adopted daughter, Gayatri, who, besides working for sensitisation of legal rights and STDs, also runs a shelter for young trans individuals who are disowned by their families. 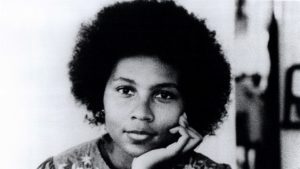 Born Gloria Jean Watkins, bell hooks is an African-American author, feminist, and social activist. She has written multiple books on feminism, including Ain’t I a Woman: Black Women and Feminism and Feminism is for Everybody.

Her writing is predominantly focused on the issues of race, class, gender, sexuality and, of course, feminism. Her contribution to the ideas of intersectionality is to be applauded for.