Throughout history, gender inequality persists and women have fought courageously and tirelessly to assert themselves as individuals and experts in their field, something most men have had the luxury of taking for granted! We live in a world where fashion, trends, politics, etc. can alter with a hashtag as quickly as a heartbeat, meaning finding timeless inspiration can sometimes seem like a difficult task. This is why the following women deserve celebration. Ground-breaking designers, civil activist, artists, space explorers are not born but are moulded to become one. There is something about these innovative and talented women that they all share in common; they are all warriors and continue to inspire us in our modern-day lives. Meet some of the kickass women from history, who have changed the course of perception that women can’t stand toe-to-toe or higher than men. 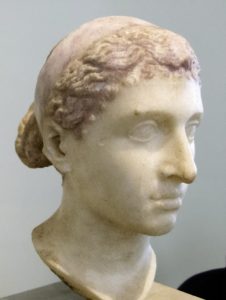 During the age where men commanded the streets, Cleopatra defined what an independent, powerful and determined woman could be. Centuries later, Cleopatra still beguiles us with her actions and mentality she had during those days. Most of her wit, charm, and intellect were lost when Hollywood portrayed her domain over the throne with her good looks. Cleopatra may morph with our changing fashion and trend, but her fierce dynamism will never alter. 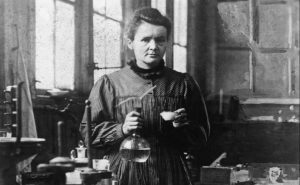 Now is the time to understand more, so that we may fear less.

Two Nobel Peace Prizes to her name, first in 1903 and again in 1911, Marie Curie was a force to be reckoned with during her era. It wasn’t easy for her to set a foot in the field which was flooded with men, who had the tendency to think that women were bound to household chores. Marie Curie battled sexism throughout her entire career. “I have frequently been questioned, especially by women, of how I could reconcile family life with a scientific career” to which she revealed, “Well, it has not been easy.” During World War when men were busy fighting over world domination issue, Marie was out there helping people with their lives. She helped equip ambulances with X-ray equipment and driving herself to front lines. She rightly is a perfect example of a powerful and determined woman in history. 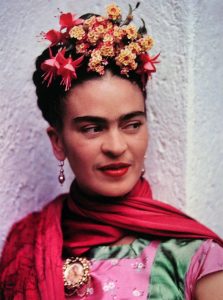 To understand Frida, you must experience her pain, the many outward traumas that pillaged her life, including a horrific bus accident, leaving her crippled and unable to concise, gave her the tools to paint her inner truths and fantasy. Her husband, Diego Rivera once talked about her art, stating that her paintings are that of exalted and truth, reality, cruelty, and suffering. He would go on to conclude: “Never before has a woman put such agonized poetry on canvas.” Her paintings often had strong autobiographical elements and mixed realism with fantasy. Frida’s paintings are fearless because they paint the conflicting duality of female experience. “I paint my own reality,” Frida Kahlo once said. In some respect, her art is both the rose petal and the thorn. 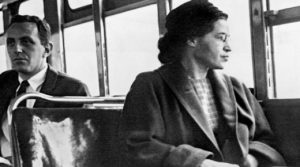 I would like to be remembered as a person who wanted to be free…So other people would be also free.

Her humble words, “All I was doing was trying to get home from work” hold a massive impact on today’s society. Indeed; she became an overnight figure for civil rights. A 42-year-old African-American seamstress refused to give up her seat to a white passenger on the Montgomery bus. The isolated act and honest reply, “No. I’m not.” was enough to ignite a boycott in the entire country for straight 381 days, enforcing for civil rights. To commemorate the day itself, the day she was arrested will forever be known as ROSA PARKS DAY. Should asking for a basic human right cost this much? 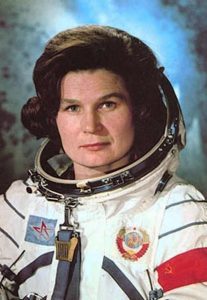 Who would have thought that a textile worker from the Soviet Union will become the first woman to travel space? Valentina broke the myth of men being better than women in 1963, when she rode the spacecraft, orbited the earth 48 times and returned to land. She put the previous four American astronauts – all male – to shame. What was more fascinating was that she logged more flight time than the combined time of every astronaut who had flown before her. She was only 26-year-old when she achieved this marvellous feat. Right on, sister.

I got gaming, rhyming and procrastination in my DNA. I am not smart, I just have glasses. View all posts by Sudeep